Being on the Internet does not guarantee veracity 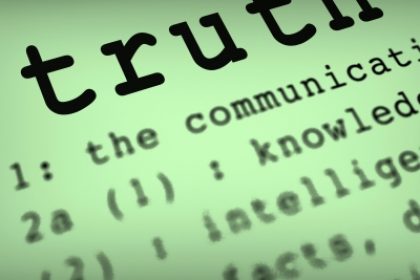 Last week’s election has the media and media watchers doing quite a bit of navel-gazing, especially the ones that predicted a wildly different outcome. Among the companies identified as a major agent of influence is Facebook, and not for respectable reasons; the social media platform has been plagued with fake news stories that spread virally throughout its millions and millions of users, most of whom accept the fabrications and hoaxes as if they were vetted and sourced by actual news organizations. Arguments have been made that these same stories might have had a measurable influence on the November elections.

As has been mentioned before, the Internet is the great equalizer when it comes to “presence”. It allows small companies to appear big while allowing big companies to target niche audiences. With a bit of savvy and determination individuals can create a presence that, at first glance, looks established and trusted. And therein lies the rub: as a rule, the public will only give a cursory inspection to the majority of what they find online. Once it passes the “sniff test”, trust is granted and that presence is essentially on equal footing with everything else. After all, who has the time to find out whether the website or person that published this news story has any credibility or reputation? It’s easier and more comforting for everyone (myself included) to read articles that align with our world views and values. Questioning everything is time consuming and often discouraging, and who has the time for that?

Obviously I’m generalizing here, and I’m definitely not including my clients who have hopefully been well trained in being vigilant and suspicious of anything they find on the internet. I know you don’t come here to be scolded, but instead to learn about technology. Here’s the start of a thing that may help sort out the truth from the lies on one part of the Internet: a group of college students have written a Chrome plug-in that will use the internet to determine whether a story that appears on Facebook is actual verified news or maybe something a bit (or a lot) less. Don’t get too excited – as you might have imagined, the majority of the world doesn’t actually consume Facebook via desktop Chrome. It’s a mobile world at the moment. Hopefully we will see other tools like this appear for mobile apps, or even Facebook itself take on some responsibility as widely read media outlet. The truth is out there – but you still have to work a little harder to see it.

Don’t Save Passwords in Chrome

1 Comment to “ Being on the Internet does not guarantee veracity”