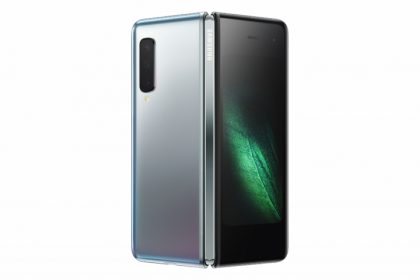 It’s a lovely day when I get to incorporate a pun into the weekly newsletter, but not so lovely for Samsung who has faced a series of setbacks on a variety of issues with their smartphones. The latest problem has actually prompted the Korean manufacturer to recall all the review units of the Galaxy Fold, and to delay the release (originally scheduled for April 26) of the new device by at least a month. The problem? The nearly $2000 smart phone has failed within days of its unboxing for at least 4 high-profile reviewers. In this case, the failure is of the highest magnitude: the vaunted, super-wide display that is literally designed to be folded in half is dying because of this feature. Normally I’m not inclined to report on technology issues for a product that is clearly aimed at a very specific, narrow market, but I think the Fold and the others that are definitely following are indicative of an important technology trend.

Can Samsung iron out this particular wrinkle?

It would seem the primary problem behind the initial release of Samsung’s folding flagship phone is one that will be particularly difficult to solve. In order for the screen to actually fold, Samsung engineers had to circumvent features that smartphone manufacturers have been working towards ever since the “glass slab” design was popularized by the iPhone: the inclusion of a durable, shatter-resistant screen and a sealed case to protect it from moisture. The Fold’s design actually goes in the opposite direction to achieve its titular function; the screen is plastic and not sealed, allowing dirt to get behind the most vulnerable part of the phone (the “crease”). Continual improvements in the slab phone design across just about all models and price points have emboldened us to carry and use these relatively expensive devices in a casual way that the Fold, in its current iteration, absolutely cannot survive. One of the primary reasons Samsung and other manufacturers are pursuing foldable screens is because consumers like tablet-sized screens and you can bet if we could fold them up to put into a pocket, we would quickly abandon the larger, less portable counterparts immediately. I have no doubt this is a problem that will be solved, and possibly in short order, but unless you have $2000 burning a hole in your pocket, I don’t recommend buying the first generation folding smartphones until they can survive more than a few days of careful usage.