Public Chargers Could Hack Your iPhone 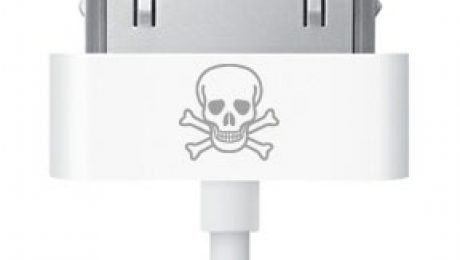 The upcomign Black Hat security conference features a topic that may give traveling iPhone users second thoughts about using a public charging station to juice up their phones. Three security researchers from Georgia Institute of Technology have built a prototype device that can hack an iPhone through the dock connector merely by being plugged in. Supposedly this hack can be accomplished on the latest iOS update, and does not require any interaction from the user, nor does it rely on the device being jailbroken.

I’ve always viewed public charging stations as being rather sketchy to begin with, especially the ones that charge you for the service and offer “highspeed charging” which could easily fry your phone’s battery if not the device itself. I’d rather spend a few extra minutes locating a regular wall outlet and using my own equipment. Supposedly the prototype that will be demonstrated at the upcoming conference is too big to fit into a standard Apple-branded iPhone charger, but the designers of the device inferred that stealthier versions wouldn’t be hard to produce at all.

Most modern smartphones combine data and power in the same port (Android phones and most tablets also feature this same convenience) so it may not be just iPhones that will be vulnerable to this method of attack. For now, make sure you use chargers you know are safe regardless of what type of mobile device you use, and avoid public charging stations. This particular cow is well on its way out of that barn.