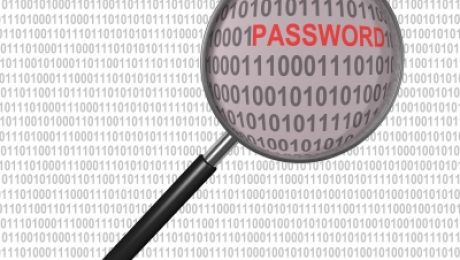 If you’ve been following my advice on securing your technology, one of the steps you’ve taken was to use unique, strong passwords for all your critical online accounts. If you have more than 2-3, you might also be using software known as a “password manager” which allows you to store your complex, hard-to-remember passwords in one place, secured by a master password. Examples of these include Lastpass, 1Password, Roboform, and Passpack (the one I use). Security analysts at IBM Trusteer have now identified a new form of malware that specifically targets password managers, turning on a keylogger when it detects the program being launched, with the intent of capturing your master password, and thereby gaining access to everything stored within.

Though this particular malware isn’t widespread yet, it has the potential to cause devastating harm to compromised individuals, if only because it gives the hacker focused and confirmed access to every account stored in that particular password manager. As is always the case, security is only as strong as the weakest link, and 9 out of 10 times we humans are the weakest link. This form of attack requires a particular type of keylogger and trojan infection, so don’t discontinue use of your password manager unless you have reason to suspect you’ve been compromised. While there are no guarantees, you are much less likely to fall victim to a trojan attack like this if you have legitimate, updated anti-malware running on all your internet-connected devices and keep your operating system updated. Constant vigilance is also required: don’t open strange email attachments, carefully read/avoid pop-ups, and always have an experienced IT professional on speed dial.

Note: if you are still running Microsoft XP in your environment, you are putting your whole organization at risk. I’ve been seeing an increasing number of malware infections on older operating systems as antimalware manufacturers end support for their software. In most cases, these machines are running in forgotten corners of your workplace, but may monitor or control critical components of your infrastructure. The cost to recover a compromised XP machine and remediating the damage it caused typically outstrips the cost to replace it. Don’t put it off until it’s too late.

America’s biggest bank JP Morgan Chase announced last week that it was the latest victim of a major security breach. According to their regulatory filing, data from nearly 80 million customers was exposed in a successful hacking attempt earlier this year. Though the bank was quick to emphasize that our money and most sensitive bits of info such as dates of birth, social security, passwords and IDs weren’t stolen, names, addresses, emails and phone numbers were – all which could be used to facilitate an identity theft, but which aren’t considered protected or sensitive in most cases. While it’s troubling that the country’s number one bank got hacked, what’s even more worrying is that the media, the public, and even Wall Street seemed to shrug it off and carry on.

Americans seem to be developing what some analysts are dubbing data breach fatigue: everytime we look up, yet another high-profile company or livelihood staple has been hacked. The list reads like a modern family’s honey-do list: Target, Home Depot, Neiman Marcus, EBay, UPS, Apple, Nintendo, Sony, Albertsons, SuperValu, CHS, etc. There have been nearly 600 data breaches reported this year, up 27% over last year, and we aren’t even done with 2014. Fortunately, only a small percentage of the total population have been negatively impacted in a signficant way, though most of us have probably had one or more credit cards get canceled and replaced for fraudulent activity. What this is leading to is the general perception that these data breaches are “bad” only in a vaguely annoying way, and there is not much that an average person can do to protect themselves, “Heck, if JP Morgan can’t figure out how to keep the hackers at bay, how can I ever stand a chance?”

While it’s true you can’t stop JP Morgan from getting hacked, you can make it harder for cybercriminals to hack you: don’t give in to the fatigue – make them fight for every bit they try to steal from you. Change your passwords regularly, and use unique passwords for your important accounts. Keep a close eye on your credit card statements and your credit history. Make sure your all computers you use have up-to-date and functioning antivirus software. Avoid email attachments and unfamiliar websites. What was once considered “paranoia-level” precautions are the new standard of online safety. Considering that nearly half of Americans adults have had some form of their personal data stolen through an online breach, it’s safe to say that “they” are out to get you – paranoia or not. Though no comment has been forthcoming from Apple yet, the mainstream press has been awash in reports that dozens of Hollywood celebrities had their iCloud accounts hacked over the Labor Day holiday weekend and, as you might have guessed, explicit images and videos have surfaced on the internet. News of the breach first surfaced on infamous website 4Chan where an unidentified individual offered to share the explicit material in exchange for bitcoin donations. Representatives for some of the celebrities confirmed the legitimacy of the material, and threatened legal action against both the hackers as well as the various websites where the the photos and videos started appearing. As of now, authorities are still trying to identify the party or parties responsible.

Despite the numerous, very public incidents of famous people taking explicit photos of themselves and reaping the consequences (good or bad), everyone – famous and not – continues to underestimate the weakness of technology security on mobile devices and cloud platforms, as well as the fact that erasing a file on your smartphone does not necessarily equate to destroying it permanently. Both iOS and Android devices are designed to upload any photos or videos you take with your device to their respective cloud storage platforms, ostensibly to back them up in case of device loss, as well as to facilitate the ability to share them via the internet. What most don’t realize is the default for both platforms is to allow this, and you have to pay attention when setting up your device at the very start to disable this functionality. If you quickly punch “OK” through this process, you can easily miss this very important setting.

As always, if you need to store important information must remain confidential, cloud storage (iCloud, Dropbox, OneDrive, Google Drive, etc.) is a very high-risk option that should only be considered with eyes wide-open to the worst-case scenario. The terms of service/use for most of these platforms indemnify them from these types of breaches, so if even if your information was leaked through no personal fault of your own (as might be the above mentioned hack), it’s highly unlikely you will be able to hold anyone accountable aside from yourself. 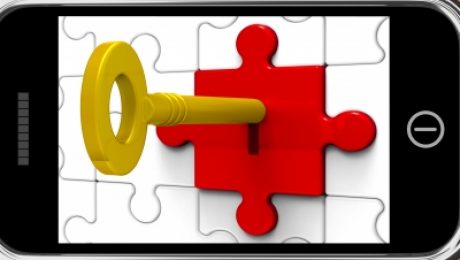 A new scam to extort money out of Apple mobile device users has surfaced in Australia, with scattered reports in other countries as well. Affected devices are locked out via Apple’s own “Find my iPhone” platform with a message that demands a ransom payment of $100 USD to unlock the phone. Security analysts are unsure at this point as to how the perpetrators are gaining access to victim’s AppleID accounts, and so far Apple is refusing to comment on this issue. According to posts on Apple’s Support Forums, the only reliable way to unlock the device is to reset it back to factory settings and restore your data from a backup, if one was actually created and maintained for that device.

So far, there is a tenuous link between some of the victims and the recent eBay hack that exposed user accounts and encrypted passwords, where the victims admitted to using the same password for both eBay and iCloud. However, several other victims of this new ransom scam did not use the same password as their eBay account, so eBay’s exposed data may not be the only source. Bottom line, you should use strong, unique passwords for online accounts, especially for the ones that are tied to important services like online banking, email and any account that has access to confidential data, either yours or your clients/customers. 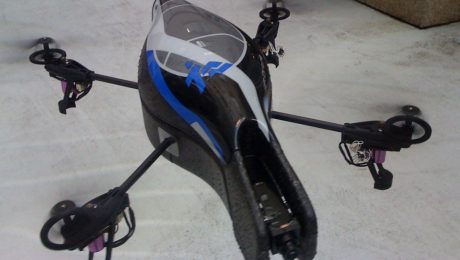 Just in time to ride the publicity wave created by Amazon Prime’s Delivery Drones, infamous MySpace hacker Samy Kamkar has created a flying drone that can hack other drones and take over control of them. Before you grab your bug-out bag and head to that bunker in Montana, it may ease your fears somewhat to understand the drones in question are of the toy variety, versus the death-dealing military variety. The popular Parrot AR Drone is controlled from an iPad or iPhone via unencrypted Wi-Fi, a feature that Mr. Kamkar takes full advantage of in his miniature drone predator, aptly dubbed, “Skyjack“.

While Skyjack is a long ways away from hacking the various UCAVs that are in extensive use around the world, it’s not hard to imagine how this could escalate the high-tech arms race fueled by the highly-publicized arrival of combat drones in the Afghanistan invasion. The idea behind Skyjack is a drone that can hunt out other Parrot AR Drones autonomously and enslave them. Fly Skyjack into a park where enthusiastic drone pilots are taking their Parrots for a spin, and the more unscrupulous Skyjack pilot can steal away the $300 devices in a blinking of an LED. Now extend that idea to a drone that can fly around neighborhoods, hunting out unsecured Wi-Fi networks or routers, hacking them, logging their locations, and then returning to its owner with map and database of ripe targets. Have I frightened you enough yet to get you to change the password on your home router to something a bit harder to guess?